As SOLIDWORKS' latest version launches some may be wondering, what should I know? We had the chance to meet with some users recently at an Alignex event in St. Cloud, MN where we showed some of the new features and witnessed the reception they got at our event. Here are three of the top new features we covered: 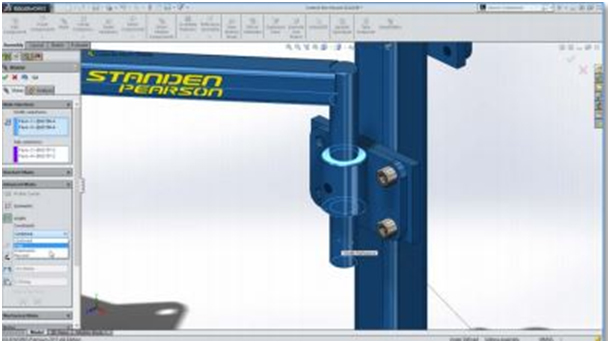 Working with assembly design is something most of us do on a daily basis depending on the phase in the design cycle. As users agreed, the 50% reduction in size of both the part and assembly files is a welcomed enhancement that should reduce build-time along with improving show and hide times of assemblies. This has to do with a new compression and format structure used in 2015. It is still able to work with older versions however.

Diving into the assembly features shows us what kinds of changes have arrived with SOLIDWORKS 2015. Mating is a huge part of assembly design time, and a few of the new changes should allow for faster and more streamlined techniques.

The Profile Center Mate which locates two objects along their centers and allows size adjustments later on, can be set by selecting just two surfaces (plates or cylinders for example). Imagine placing a bolt or pin using this alone to fully constrain them. An update to the Width Mate allows for fixing OR “floating” a coupling along a rod for example just by defining the distance as a percentage of the total gap. It’s very similar to what the Slot Mate contains. There’s also a new designator for the Limit Angle Mate to prevent it from flipping as the part rotates.

“This release is probably the biggest update to SOLIDWORKS I’ve seen since 2008,” said Shannon of C4-Welding in St. Cloud, MN. C4 is a provider of critical welding and manufacturing services in oil, gas and power along with ASME pressure vessels. 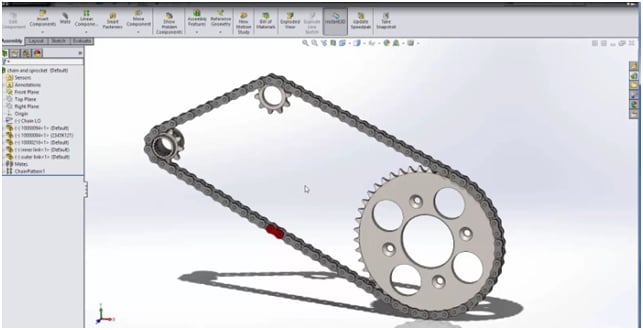 Another of the crowd favorites based upon the murmurs in the event hall was the addition of a Chain Component Pattern. This allows for the life like feel of chain movement as well as significant time savings for whoever designs it. By creating a path, inserting some links, and choosing a couple location references, once you specify how many instances the chain comes to life and saves us some effort in the process. Dale and Todd of Rotochopper a manufacturer of waste disposal equipment, said “we have a number of applications that we could apply this to including an in-feed belt for a waste grinder and asphalt agitator machines.” They also mentioned, having made the conversion from 2D to 3D as many other companies have, that they had an interest in continuing that move with tools like Model Based Definition. 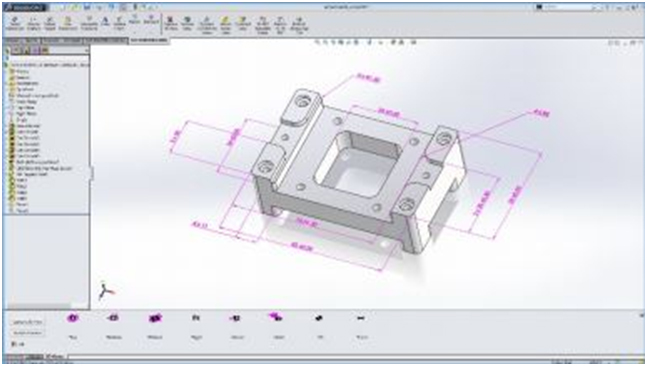 For designers and manufacturers alike, the process from concept to creation can be an incredible feat given the nature of all the steps in between. The goal companies like Rotochopper have been working towards for the better part of ten years is to eliminate 2D production tools. This reality appears to be one step closer now and companies say it will reduce errors. MBD or Model Based Definition combines 3D modeling aspects such as pan and rotate with the manufacturing information seen on drawings like dimensions, tolerances and surface finishes. It also has more advanced features like dynamic annotation viewing that removes the clutter of information not pertinent to the user’s current view. Be on the watch for this product’s exact release date, it’s looking like it will be Q1 of 2015.

We know that with every new addition comes more learning for all of us, but in this case we think it’s well warranted. In this new-release workshop with companies in industries ranging from plastic molding to synchronous clock making, we received feedback that the new features like the Width Mate in Assembly or the new Chain Component Pattern will have some key benefits for their overall design team.

For more in-depth video on new SOLIDWORKS 2015 features check out our Alignex, Inc. YouTube channel and follow us on Twitter @Alignex for the latest SOLIDWORKS 2015 news.

Interested in attending an Alignex event? Check out our upcoming Alignex Event Calendar for events near you.