How can you increase performance and security in one simple process, without sacrificing appearance?

SpeedPak is a simplified configuration of an assembly or subassembly.  No need to suppress components or substitute them with blocky simplified versions.  The SpeedPak configuration retains only the geometry that is needed for dimensioning or mating.  The user is in complete control of what geometry is retained, and what is converted to graphic display.

How does a SpeedPak configuration improve performance?

By allowing the user to define only the geometry that is relative to the intended purpose of the assembly, only that geometry is actually loaded into memory.  The rest of the assembly is simply displayed as graphic entities.  An assembly can be loaded directly in the SpeedPak configuration making load time super-fast even for the most complex assemblies. 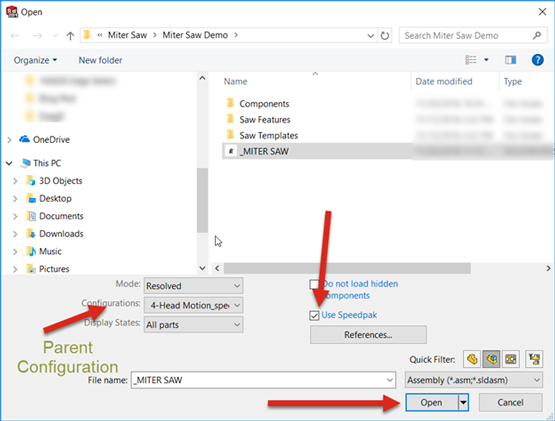 How does SpeedPak increase security?

Again by allowing the user to capture only geometry that is relative to the intended purpose of the assembly, and converting the rest of the assembly to graphic entities.  Anything that is converted to graphic entities is safe from being measured, 3D printed, or reverse engineered in anyway.  The SpeedPak configuration not only protects your valuable intellectual property graphically, it collapses the assembly tree as well.  Keeping the names and quantity of components hidden.  The SpeedPak configuration is completely self-contained meaning it can be shared without needing to do a pack and go.  It gives you complete control of what is shared with the outside world.

How do you make a SpeedPak configuration?

Choose what to capture in the dialog box.  Faces, bodies, and reference geometry can all be captured. 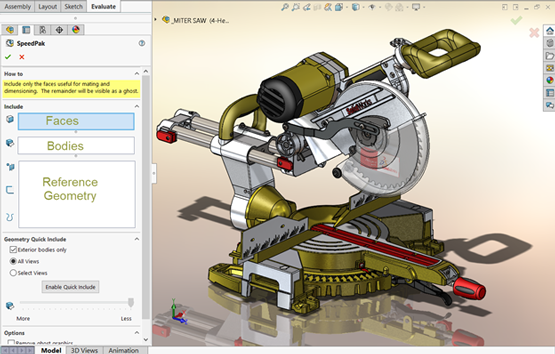 After choosing all the relevant geometry, and or bodies the derived configuration is created. 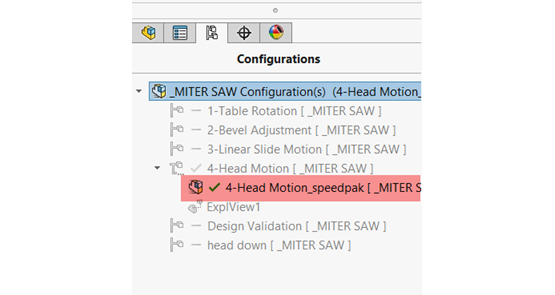 The SpeedPak configuration looks exactly the same as the full model.  Let’s take a closer look at some captured surfaces in the table mounting area.

The “Graphics Circle” can also be turned on or off in the System Options. 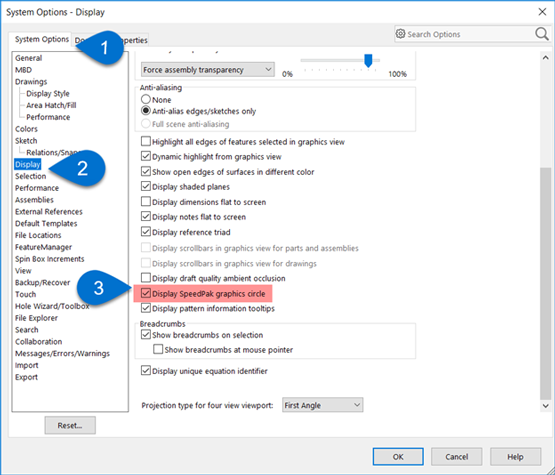 Start using SpeedPak today, you will be working faster and more securely than ever before.

Written by Chris Geringer
Chris is a support specialist at Alignex, Inc. When Chris isn't assisting customers on the Alignex Help Desk, he enjoys biking and volunteering with a group that preserves vintage aircraft.