Why Can't I Delete a Configuration in SOLIDWORKS?

Are you trying to delete a configuration of a part or assembly in SOLIDWORKS but can’t? Are you getting the message “None of the selected entities could be deleted”? We’ll take a look at why that may be happening. In this scenario, we’ll go through an example file and attempt to delete unwanted configurations.

Right clicking an active configuration does not provide a “Delete” option. 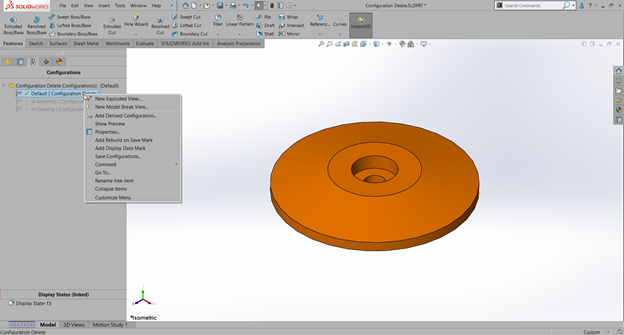 Now, we instead try to delete the configuration by selecting it and pressing the delete key. This time, the message “None of the selected entities could be deleted” is displayed. 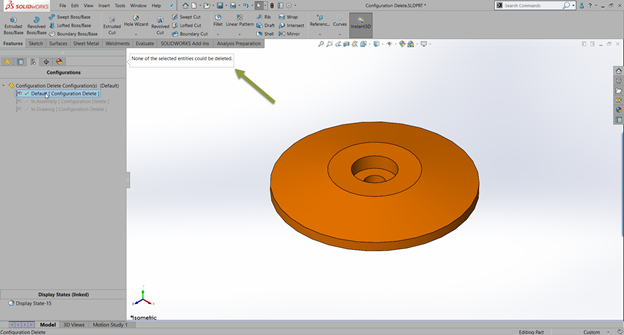 If we double click a different configuration to activate it, we now have the option to delete the unneeded configuration. 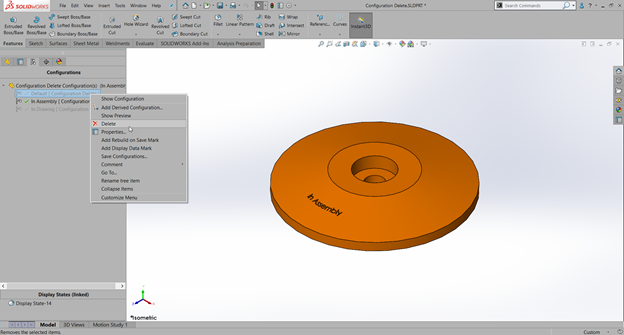 Here’s the part being referenced in an assembly including a bolt and O-ring. The component always uses this hardware. Creating this assembly makes it easy to include them all bundled in a top-level assembly. 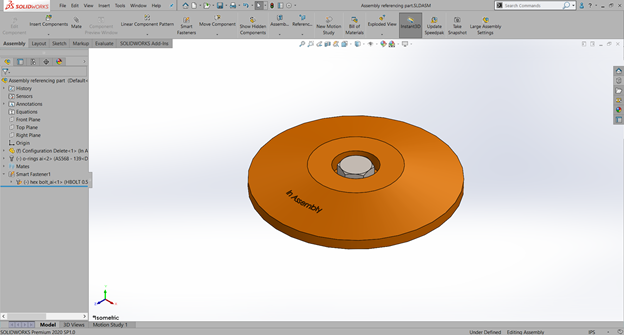 Written by Sam Oanes
Sam Oanes is an Application Engineer at Alignex, Inc. When Sam isn’t helping customers on the help desk or teaching SOLIDWORKS classes at Alignex, he enjoys running, camping and fishing.